Tradition and modernity. In these thoroughly frustrating backlash times, the opening concert of the current festival year sets a decided counterpoint. Sona Jobarteh is the first female kora player in West Africa. The kora is a harp instrument with 21 strings that looks back on a long tradition. Usually, the griot instrument is played exclusively by men, who pass on the playing technique to their sons. In this respect, Sona Jobarteh's older brother deserves thanks for introducing his sister to the instrument at the age of four. This could have something to do with the fact that Jobarteh, although the daughter of a griot dynasty, was born in London. Also in London, she studied music, composition and African studies and then successfully bridged the gap between modern compositions and traditional music. She, who sees herself as a kora virtuoso and composer, also reflects on her role as a role model and mediator when she tries to keep the tradition and history of her country of origin relevant as an "educator" in her home country. This activist stance resulted in 2015 in the founding of the Amadou Bansang Jobarteh Music School in The Gambia, named after her grandfather, where girls and boys are now trained in a post-colonial approach on the traditional griot instruments (kora, ngoni, balafon) to convey an African identity. As a musician, Jobarteh enjoys great respect among her male colleagues, has shared the stage with Oumou Sangaré and Toumani Diabaté, performed at numerous festivals worldwide and was a support act for Salif Keita and Cassandra Wilson. Sona Jobarteh is currently working on a new album that is supposed to be more adventurous and experimental than her debut "Fasiya" (2011), which still relied somewhat on friendly restraint. So one can be curious. 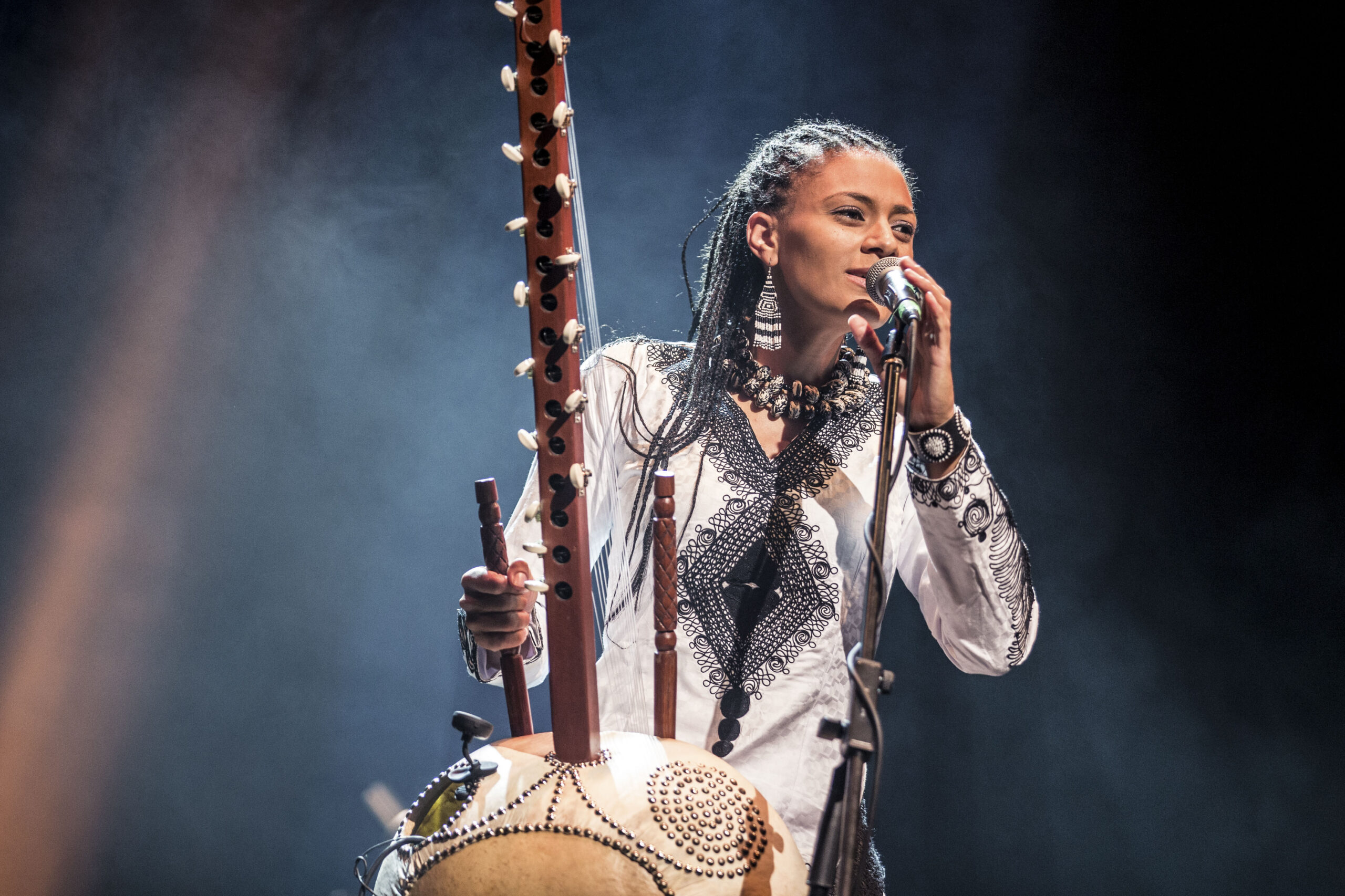 Besides opening concert: Sona Jobarteh, we have many more exciting bands in our festival lineup. Browse our event overview or click on one of the recommendations below.