An event of the Friends of Enjoy Jazz

The good old drum battle, as Buddie Rich or Gene Krupa, Curt Cress and Pete York used to do, has gone out of fashion a bit in the last decades. With good reason, because for all its virtuosity, this format seems somewhat adolescent and rather uncool from today's perspective.

What Ingar Zach and Michele Rabbia cultivate when they perform as a drum & electronics duo is, in a way, the declared counter-program to the drum battle. They seek the subtle and differentiated dialogue to sometimes small-scale rhythmic, sometimes two-dimensional, sometimes abstract soundscapes, whereby the creative inclusion of electronics expands the palette of sound colors in an exciting way. Two outstanding albums - "[so-nò-ro]" (2019) and "Musique Pour Deux Corps" (2021) - document that the experimental dialogues with their extended playing styles know how to captivate and fascinate dramaturgically even at album length. What the critics write? "Musique pour deux corps, tells an elusive and nuanced audiovisual story that invites the listener to dive deeper and deeper into the fascinating sound worlds of Zach and Rabbia." Or, "When two exceptional drummers...? No. Percussionists? How to name them? These two musicians have moved so far away from normal drumming that one actually has to/should invent a new designation for it. They develop stories, dramaturgies by making the heads of their drums, big drums, cymbals etc. sound/speak/tell."

The two musicians involved, however, need no special introduction, as they have repeatedly been guests at Enjoy Jazz. Michele Rabbia, born in 1965, has regularly performed alongside Tania Giannouli in recent years, but has also played together with Eivind Aarset and Giovanni Guidi. In addition, the list of his collaborations is almost endless and international: from Francois Couturier to Matthew Shipp, Louis Sclavis, Paolo Fresu and Michel Portal to Ralph Towner, Marilyn Crispell and Stefano international. Ingar Zach, born 1971, can be heard in the band Huntsville and various projects of Christian Wallumröd ("Dans les Arbres") and Jon Balke ("Magnetic North Orchestra"; "Batagraf"), but has also played with Derek Bailey and Kim Myhr. 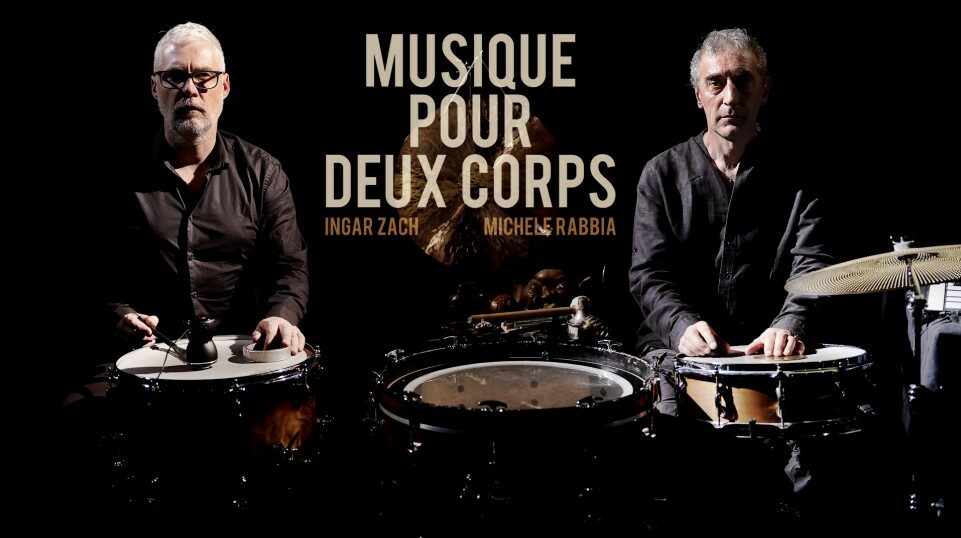 Besides Matinee: Ingar Zach & Michele Rabbia Duo we have many more exciting bands in our festival lineup. Browse our event overview or click on one of the recommendations below.