Wow! Now we have praised in several texts the outrageous versatility and willingness to take risks of Tania Giannouli, who precisely for this reason is the festival's Artist in Residence this year alongside Nik Bärtsch, but nevertheless (almost) neglected another of her fields of work: the field of audiovisual media. The reliable film database IMDb characterizes Giannouli in connection with her work in the field of moving images as follows: "Tania Giannouli writes music for her ensemble(s), theater, documentaries, short films, videos and concerts. (...) (Her) compositions are described as lyrical, inspired, complex, eclectic, and highly original - "intoxicating orchestrations imbued with a European sensibility that evokes the colors of the Mediterranean." Listed there, for example, are the short film "Aristera dexia" (2009) by Argyris Germanidis and Stavros Raptis, the medium-length documentary "A Man's Rave" (2013) by Marcel Michalaris, and the feature film "Burning Hope" (2016) by Lotfi Achour. Giannouli's website features other films, including a score for a Greenpeace animation. Certainly, this is not yet the Hollywood blockbuster league, but if you add video art and galleries, it is already a constant field of work. In this respect, it is a stroke of luck that Tania Giannouli, for a reflection on her film music(s) in the Rhine-Neckar region, encounters an extremely renowned festival rich in tradition, whose focus is on sophisticated films that "conceives aesthetic forms, boundaries and discourses as something movable" (Filmdienst, Bonn): the International Film Festival Mannheim Heidelberg (IFFMH), which, under new management, has successfully positioned itself in the first league of European festivals.

The Artist in Residence program at the Enjoy Jazz Festival is sponsored by NEUSTART KULTUR/BKM and Initiative Musik. 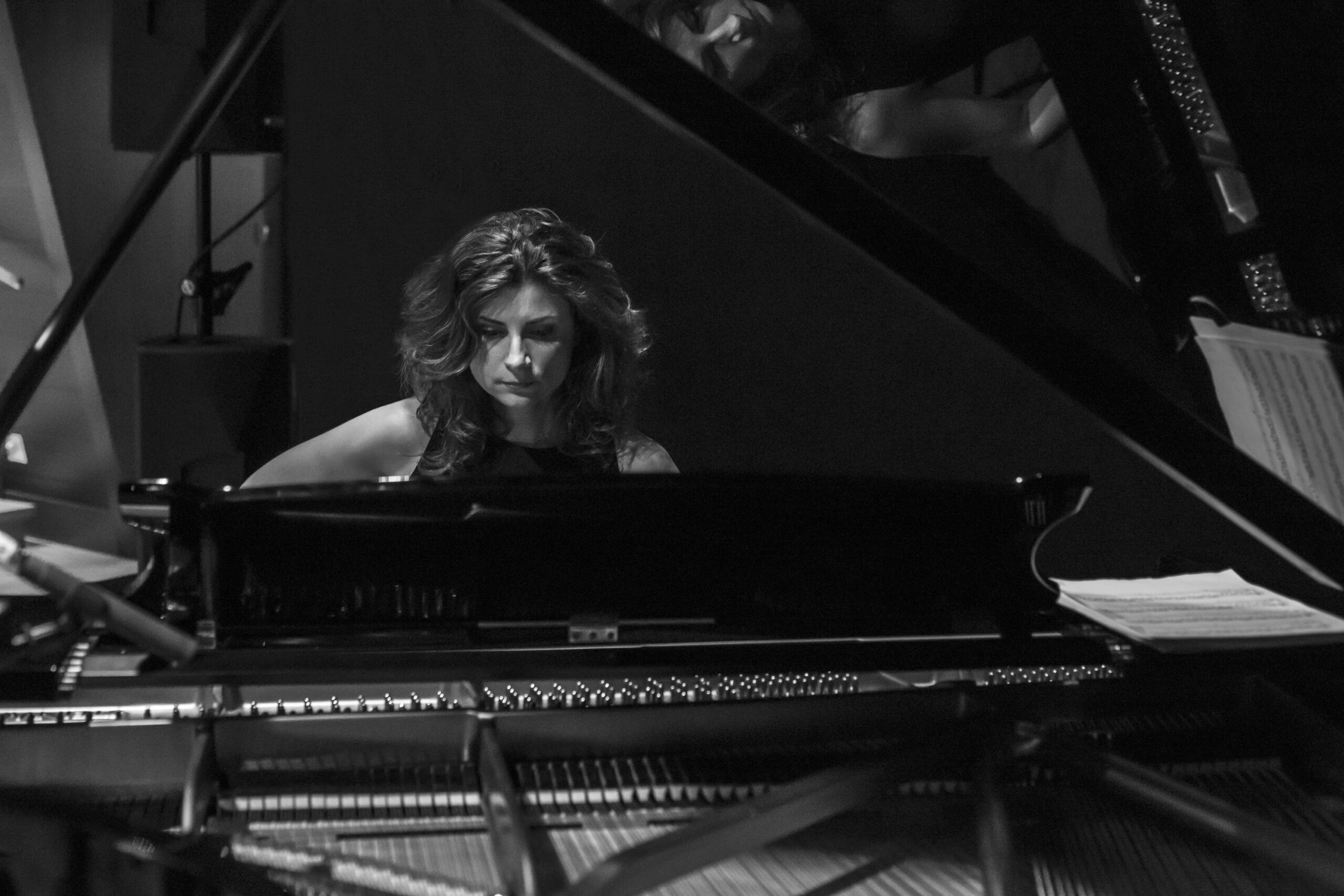 In addition to Tania Giannouli in conversation about film music, we have many more exciting bands in our festival lineup. Browse our event overview or click on one of the recommendations below.